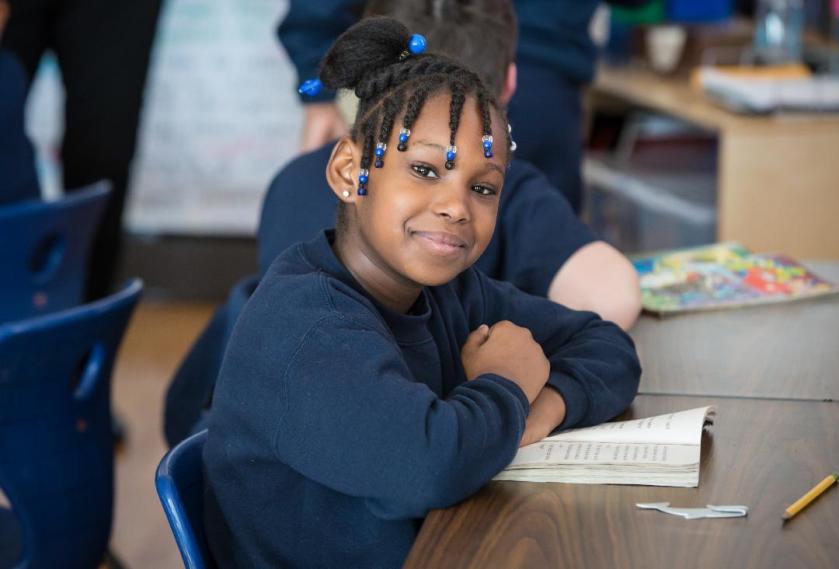 City Connects is expanding in Springfield. We’re growing from the five schools we worked at in 2011 to 15 schools at the beginning of this year to a current total of 23 schools.

We had been connecting 5,000 students to 35,000 services, and now we are reaching nearly 8,000 students with even more support.

It’s an important step forward given that 77 percent of Springfield’s students are economically disadvantaged and face non-academic barriers that run from unmet health care needs to homelessness.

“Researchers repeatedly tell us that children’s brains are harmed by growing up in disadvantaged circumstances and by toxic stress – which includes abuse, neglect, violence, caregiver substance abuse, or mental illness, and the hardships of severe poverty. City Connects helps us by addressing each child’s unique combination of stressors.”

The $1 million in funding for this expansion comes from the MassMutual Foundation, a dedicated corporate foundation established by Massachusetts Mutual Life Insurance Company (MassMutual), which is based in Springfield.

“Education is the key lever in achieving financial security later in life,” Dennis Duquette, President of the MassMutual Foundation, explains. “The City Connects program has already garnered great results in our schools; this investment will expand the program’s reach, bringing positive change for even more students and their families.”

These results include whole-school improvements and victories for individual Springfield students. As Walsh and Warwick explain in their article, a rigorous study found that “after three years of implementing City Connects in previously under-performing schools, there was no longer a significant gap in test scores between students in those schools and students in the rest of the district.”

In addition: “Two of Springfield’s City Connects schools have moved up to become Level 1 schools, the highest rank in the state education department’s accountability system.” The other three schools in the study moved up to Level 3.

What makes this partnership between City Connects, Springfield Public Schools, and MassMutual so powerful is that it invests in students by combining support from everyone – parents, educators, community organizations, and in this case a major corporation.

This is both an inspiring story of community action – and an evidence-based way to help students achieve long-term success.

As Warwick says, “This kind of corporate citizenry has a value that cannot be overstated, and we are elated about what this means for our students and families.”

Walsh adds, “It takes a 21st century village to do this work — from dedicated nonprofit community partners to our generous corporate neighbors – and that’s what Springfield has. We’re excited to see how this partnership will produce benefits for our students, for the city, and for the prosperity of Massachusetts.”