We are thrilled to celebrate the summer with a round up of awards from across the country highlighting the incredible work of City Connects’ coordinators, partners, and staff.

These awards are a reminder that getting the right resources to the right child at the right time can help students achieve academic success in school even when they face heartbreaking obstacles outside of school.

Will Osier, the coordinator at Boston’s Chittick Elementary School, won the Isabel G. Besecker Award from Boston Partners in Education for his hard work connecting students to Boston Partners’ mentors, a group of more than 500 adult volunteers who provide academic support.

The award specifically recognized Osier for “his passion for connecting students to the best resources,” which has “led him to help create one of our most expansive school partnerships.” Osier “has gone above and beyond by helping organize visits from our board members to give them a glimpse of the work we are accomplishing on the ground. Simply put, without his work, we would not have been able to provide so many students with the mentors they now have.” 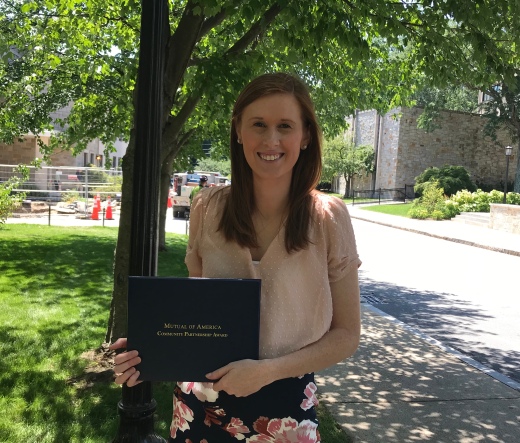 Mutual of America, the life insurance company, named a partnership between City Connects and Rosie’s Place a Merit Finalist for its 2017 Community Partnership Award.

As we’ve blogged, this partnership was praised as “an outstanding example of leadership in the facilitation of partnerships between public, private, and social sector organizations to build better communities for the future.” 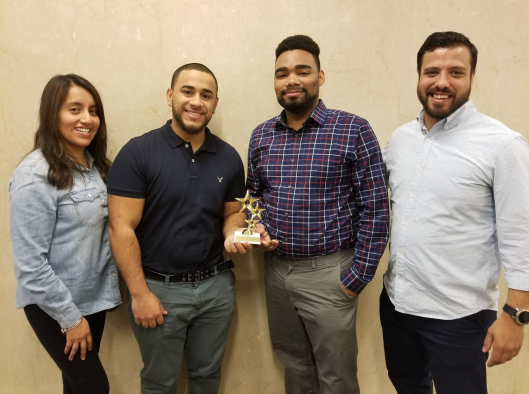 Community School 211, a City Connects public school run by Children’s Aid in the Bronx, won a Shine a Light award for its progress on improving students’ attendance.

Debbie Fobbs, the City Connects Coordinator at Sinclair Community College in Dayton, Ohio, won the school’s 2018 NIA Award. The college’s website explains that NIA is a Swahili word that means purpose, and the award goes to members of the campus community who act with purpose in supporting African-American students.

Finally, City Connects has also won recognition from two national groups. The national nonprofit organization Results for America recognized City Connects for using data to solve social problems. And the University of Pennsylvania’s Center for High Impact Philanthropy included City Connects in a guide for donors who want their charitable gifts to make a substantial impact.

Congratulations to the award winners and thank you to the entire City Connects team!